It was after the birth of her second child in the late 1990s that Marguerita Cheng broached the first of many conversations with her parents about their finances. With her family expanding, Cheng used this life event to encourage her parents to start thinking (and talking) about their plans for the future.

Cheng’s mother, who was in her mid-50s at the time, responded: “Why are we talking about stuff for old people?” Cheng’s father, then in his late 60s, was more immediately receptive to talking about things like estate planning and long-term care—and her mother soon got onboard, as well.  “They realized that by planning, they were doing it as a gesture and a symbol of love,” Cheng says.

Within a few years, these conversations became prescient when Cheng’s father was diagnosed with Parkinson’s disease. And while the final three years leading up to her father’s death in 2015 were “really hard,” Cheng says, having a plan in-place years before the family needed around-the-clock care for her father helped to reduce one potential source of stress at a time when family members were already struggling emotionally. “My dad would say: ‘Just because you don’t talk about these things doesn’t mean they’re not going to happen, and just because you do doesn’t mean you’re jinxing yourself.’”

In addition to her expanding family, Cheng was motivated to talk with her parents about their finances because she had started thinking about a simple question: How would she divide $100 between her nuclear family and her parents, in the event they needed her financial help? That’s a reality many Americans grapple with: A 2019 survey by AARP found that 32% of adults ages 40 to 64 had provided regular financial support to their parents in the past year and 42% said they expected to do so in the future.

Although Cheng’s parents didn’t ultimately need her financial help, she sees this dynamic in her day-to-day role as a certified financial planner and the founder and CEO of Blue Ocean Global Wealth. Many of her clients, particularly those in the Gen X generation, are currently “in the thick of it,” between caring for kids and helping with aging parents, Cheng uses her experience to urge others to broach the money conversation with parents as early as possible.

Talking about money can be as natural as talking about the weather in some families, while the topic can be awkward and even contentious in others. Here’s how to navigate these all-important talks with your parents, and what you should plan to cover. 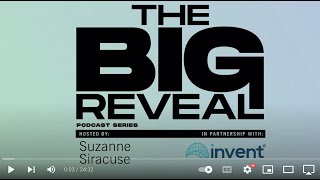